Five thousand years ago, the average sea level rise reached a comparable level to that at the beginning of the 20th century. The Flemish coast naturally has a dynamic equilibrium between two phases, one in which the tidal influence weak enough for a peat landscape to develop, and one in which the sea could penetrate further inland via large tidal channels.

There is little evidence for any meaningfull human activity in the Flemish coastal regions up to about 2,500 years ago. From the Iron Age onwards, the human presence in this coastal landscape becomes tangible. Around the same period, the tidal channel that separated the (peninsula) island of Testerep from the mainland may have appeared aroud. This channel connected to the Yzer in the west and ended in the east on a sand flat near present-day Ostend, which was submerged at high tide. 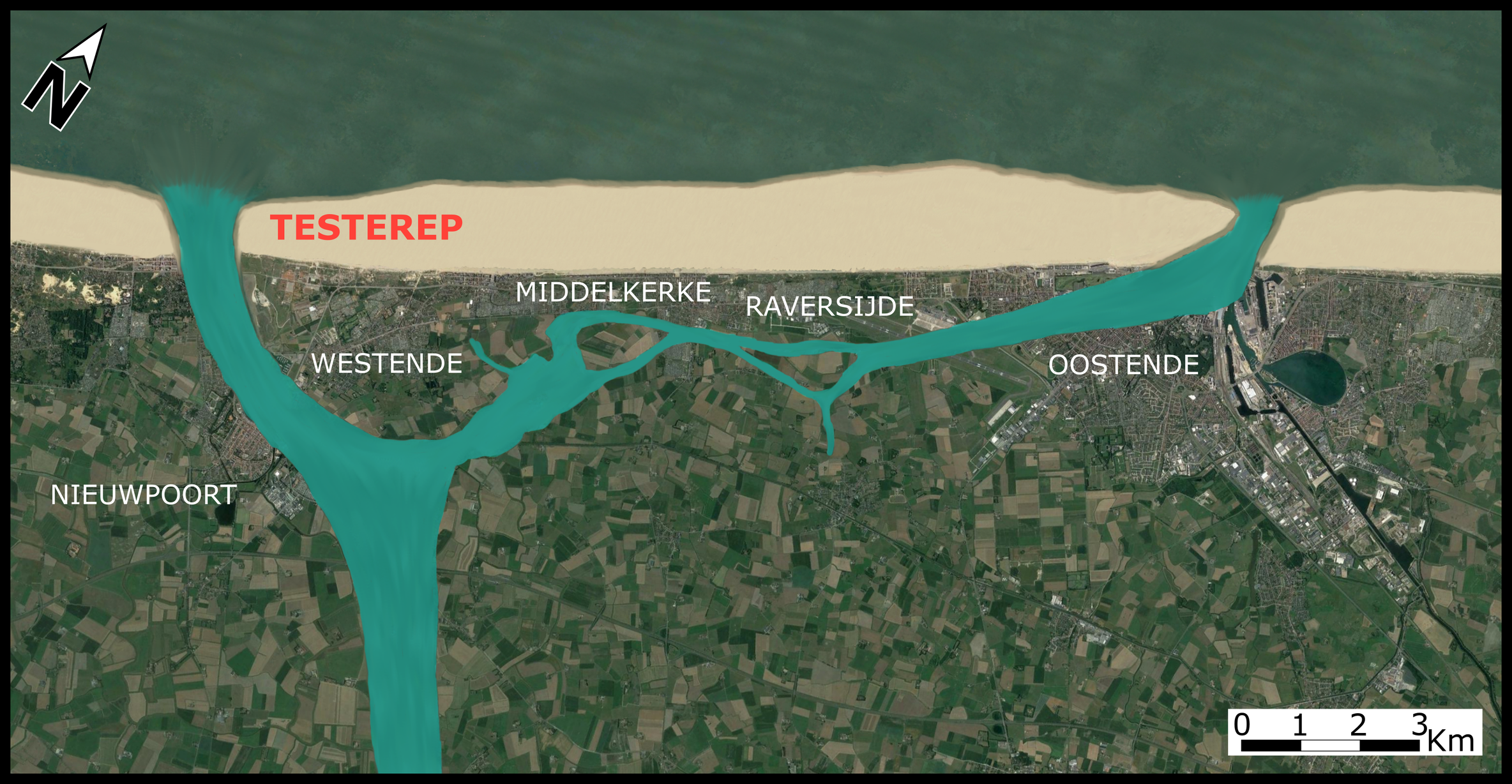 A reconstruction of Testerep overlaying a modern satelite image. Original image from ©2022Google

During Roman times, peat and salt were extracted in the area. The inhabitants began manage the water by means of dikes. Rising sea levels and the collapse of the Roman economy subsequently degraded this coastal landscape, which once again came under the influence of the tides. During the early Middle Ages, sheep farmers resettled the slowly accreting salt marsh area.

From the year 1000 onwards, humans systematically reduced the influence of the tides, by constructing dykes. The Testerep channel would eventually be dammed and reclaimed as an effort to expand agricultural land. Around this time, new settlements such as fishing villages like Walraversijde and trading places like Ostend were founded. But even with this newfound success, the residents were not safe from the rising water, which gained strength due to the dykes. Severe storms and coastal erosion took their toll, causing, among other things, medieval Ostend to be abandoned and resettled on the south side of the Testerep channel. 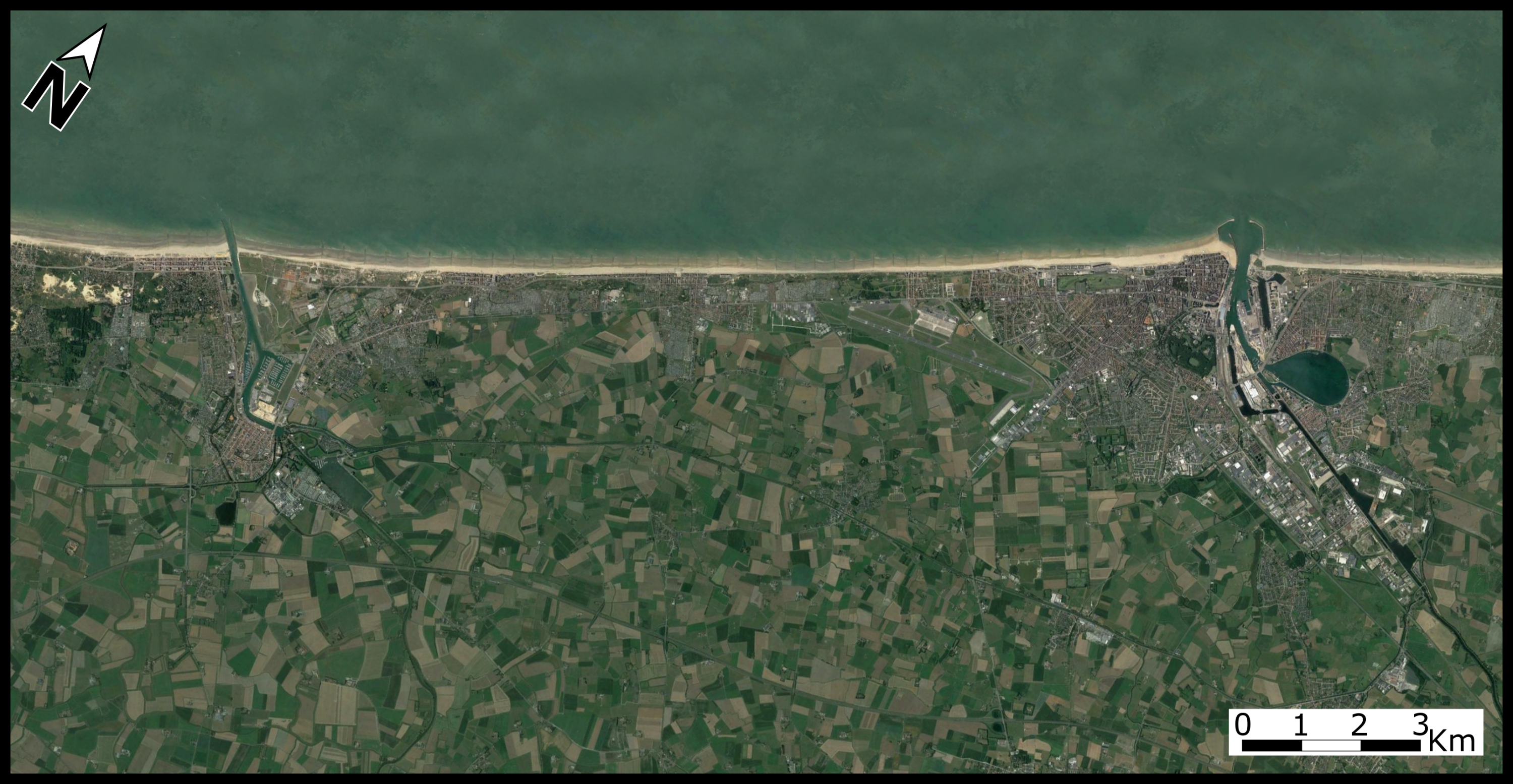 A contemporary satellite image of the region where Testerep used to be located. ©2022Google

The present-day coastline is therefore a snapshot. Natural phenomena and human interventions have caused continuous changes to the coastal landscape over the past millennia. This will be no different in the coming decades, on the contrary: climate change and rapidly rising sea levels will influence the future appearance of the coastal landscape. The precarious future of this fragile landscape makes it therefore necessary to thoroughly understand the interaction between both humans and nature in the past.

In this summary video, the VUB (Maritime Cultures Research Institute) and VLIZ (Seascapes Past and Future) outline the historical context of the Testerep peninsula, explain the scientific research conducted in previous studies and indicate the research objectives of the project. (For the moment the video is only available in Dutch).